It was a warm 88F (31c) in Oklahoma City, Oklahoma, USA. I’ve been fascinated with drifting since it started to be known thanks to the ever expanding internet at the time. (Hint: Youtube had only been out for about 18 months. I’M NOT THAT OLD!) So I caught wind of a local drift event and attended. Upon arrival I walked around the smallish track which used to be an old go kart track and finally met Michael Mansfield, the man behind Full Lock Drift. Mr. Mansfield’s goal is to give the Oklahoma community as a whole more seat time in a drift focused mindset. Now this is a small event and it’s because of that that it works so well. There are several small grassroots type drift events that take place throughout the year in Oklahoma and he (and I now that I’ve attended one) want to create more opportunity for our local communities to partake in. You can bet I will attend others across the state when I have the time. To give you a taste of what a grassroots drift event looks like I made a little video with some of this events highlights.

The philosophy here is, keep it simple, provide track space, provide tire swapping resources, and have fun! Cars went on and off the track at will while being respectful of the space of others unless chasing was intentionally happening. This purely grassroots stance to drift makes for one hell of an introduction to the sport and while it is no Formula Drift event I had full reign over the track and got to easily chat with everyone present. I actually left the day looking for my own car to buy having come from a Subaru BRZ. I was pretty sad I had let it go for an Subaru WRX STI at the time. This type of event will definitely leave you wanting to dive into your own car and attempt to drift. I have the bug now and I may just pick up a cheap little Mazda Miata to do so with.

Unlike, drag, autocross, and circuit, most drift courses likes this have more relaxed rules and a much more casual energy behind them. You’d think it would be a little different because instead of straight line raw power, you still have substantially powerful cars going sideways in a controlled manner. So let’s talk about some of the other logistics when it comes to drift. Brakes, tires, and preferable front engine rear wheel drive, excluding Ford’s new Focus RS with “Drift Mode”. Oh yea! and more TIRES!! If you look closely at the brakes photos you’ll know it’s got a nice big ole crack right through it’s rotor. You have to love the amount of temperature change these things go through to get the job done. In a nutshell, think of drifting as aiming for a wall and always missing it. Haha! Funny analogy right? Well unlike most grip focused motor sports, drifting is about exceeding the threshold of your tires causing the vehicle to basically slide in a lateral manner, through regulation of steering, brakes, and throttle you can control the drift around corners using the momentum to sling you around. I absolutely love this disclaimer I found on Urban Dictionary: “Drifting is not for the faint of heart, the poor, or those who are nursing, pregnant, or may become pregnant. If you have trouble experiencing any epic, you may not wish to try to drifting, as it will have a sudden spike in epic if done correctly.” Let’s talk about the poor par of that statement. HOLY CRAP THE TIRES!! TIRES TIRES TIRES TIRES!! Don’t bring a spare set, BRING AT LEAST 2! Drifting is not easy on rubber and it’ll wear right through them really quickly. This is why Mike offers tire swapping abilities at the event. Minimal downtime, MAXIMUM FUN!

Now I’m a fan of 360 video and so I had to have a camera once I found one I liked. I’m currently waiting for my new to market one to ship in late October, but like I did with my previous Import Face-Off Drag post on top of a 10 second WRX I slapped my camera on 2 cars.. If you want to get a little nausea sit really close to the screen and move it around as you watch. The first video is on top of a Nissan 240SX and the second one is on top of a Toyota Supra. Enjoy!

Now I didn’t take a huge selection of photos mainly because I am also doing video, 360 video, and photos all at once at various times throughout the day. Additionally for quick viewing I have embedded a gallery of the images below or you can click here to view them. I appreciate and greatly respect the community and inclusive nature of everyone I encountered at this event and I plan on attending not only more of Full Lock Drift hosted events, but also other events hosted by others across my state!

Until next time!! – Moog 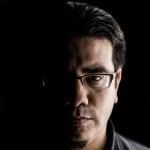