Music festivals have only grown in popularity since the original “mud festival” 48 years ago– known widely as Woodstock, but how has the fashion changed?

The way in which these festivals are organized has changed and even become more of a spectacle. While inspiration is still drawn from the 1960s festival, the same can be said when it comes to the fashion as well.

In 1969, and during the entirety of the 1960s, the fashion was used as a counterculture statement. Clothing was an outlet to reject the clean and pristine outlook of the 1950s, as well as the turbulence of the many events that took place during that time.

Festival fashion has a modern take now and has become a marketable term. Companies like Forever 21, Asos, and H&M curate clothing to form a festival collection targeting young festival attendees. Drawing inspiration from Woodstock, you still see a lot of the following:

However a lot of modern festival fashion is now embellished with things not seen in the 60s. For example:

Other clothing items like dashikis and kaftans, which can also still be seen at music festivals, are Eastern culture inspired. They emerged into the Western culture fashion in the 1960s, and lay among the other modern festival fashion inspired by that decade. Although the counterculture statement has evolved into a market, it only shows just how much music festivals have evolved altogether since the 1960s.

While Coachella has come and gone, there are still plenty of upcoming festivals to get ready for! What will inspire your festival fashion this season? 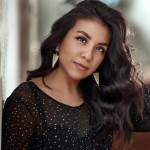