Texas’ best kept (and gorgeous) secret, Gracie Duke, has been on the move for the last couple of years showcasing her incredible physique and natural camera presence in more and more modeling projects on the regular. Gracie’s positive and amicable demeanor is a key aspect of her success, as she always makes a great impression on everyone she works with. Always finding herself around automobiles, the good news keeps getting better as Gracie is an uncompromising petrol head (prioritizing drive a manual gearbox over anything else, for example) and fully immersing herself in the car industry in many other ways. While her educational pursuits and family are her main focus in life, its lucky for us she thoroughly enjoys modeling – and does it so damn well.

We recently caught up with Gracie to get to know her more and find out what she is up to next.

S!: Who’s your favorite model and why?
Gracie: Adriana Lima, she is one of the top most successful models in America, she is drop dead gorgeous, and her poses are on point.

S!: What do you do during your free time?
Gracie: I play video games, study, have a wine night with my friends, and do photo shoots when available.

S!: What are some things you dislike/hate about the industry?
Gracie: I dislike going shoots and not getting many pictures back if any at all.

S!: How has modeling changed other aspects of your life?
Gracie: Modeling has made me confident about myself.

S!: What are you most proud of?
Gracie: Going back to school to continue my education and finding the man of my dreams.

S!: When it’s all said and done, what do you want to be remembered as?
Gracie: As a nice person.

S!: What is fun and rewarding about modeling?
Gracie: It’s fun because you get to meet new people and it’s like playing dress up all day. The reward is seeing the end result and knowing that all that hard work ended in an amazing shot.

S!: What do you dislike about modeling?
Gracie: I dislike the aspect that it takes all day for some shoots to be done with. I don’t always have the availability for that so it limits when I’m able to shoot, due to work and school.

S!: What advice do you have for other aspiring models?
Gracie: My advice would be to stay confident and enjoy what you do. If it’s not enjoyable then there is no point.

S!: How much do you know about cars?
Gracie: I know a little bit about cars, I’m a Napa girl so I know the auto part aspect of cars.

S!: Do you have any pet peeves?
Gracie: My pet peeves would be people not following through on what they say.

S!: What was your worst job ever?
Gracie: I hated working at Academy.

S!: What’s your favorite thing to eat and why?
Gracie: I love all kinds of food, so I’m not able to pick a favorite food.

S!: What are your biggest turn-ons?
Gracie: Someone who knows how to drive a stick shift really well.

S!: Craziest thing you’ve ever done to get a guy’s attention?
Gracie: I honestly don’t remember, but I don’t think I have ever done anything crazy.

S!: What’s your favorite part of your body?
Gracie: My stomach

S!: Do you have any guilty pleasures?
Gracie: I love ice cream and re-run episodes of Friends.

S!: Do you have a favorite social media platform?
Gracie: I love Instagram.

S!: Tell us about any interesting hobbies you have.
Gracie: I love video games, working out, going on random adventures, sports, and mudding with four-wheelers.

S!: If you only had 24 hours to live, what would you do?
Gracie: Spend it with the people I love.

S!: Any weird hobbies?
Gracie: I like to clean.

S!: If you were stranded on an island, what are three things you couldn’t live without?
Gracie: My boyfriend, my dog, and my family (I know, it’s more than 3 things, but that’s hard!)

S!: What drink would you order at the bar?
Gracie: Depends on what I feel like, but a Redbull vodka, Stella Artois Cidre, or something sweet like a pina colada.

S!: What was your worst date?
Gracie: Just went to dinner with someone I was not interested in at all.

S!: What is the most exotic destination you’ve traveled to?
Gracie: I have been to Kauai, Hawaii and it was one of the prettiest places I have ever seen.

S!: What kind of music gets you moving the most?
Gracie: Depends on what I’m feeling like, but I like hard rock and pop.

S!: What are some major turn-offs?
Gracie: Someone who always is in a bad mood.

S!: Do you like to be surprised?
Gracie: Yes very much so!

S!: What should a man never do on a date?
Gracie: I don’t know, pick his nose? Lol

S!: What can a guy do to make you feel sexy?
Gracie: Compliment me I guess.

S!: Which feature on your body gets the most attention?
Gracie: My eyes I suppose.

S!: Where has been your favorite place to shoot?
Gracie: I enjoyed shooting in a wheat field. I would like to shoot at a beach eventually.

S!: Tell us something random about yourself.
Gracie: I like gardening.

S!: What is your secret to staying in shape?
Gracie: I don’t have any secrets to it.

S!: What advice would you give to those hoping to enter the world of modeling?
Gracie: To put your best foot forward. 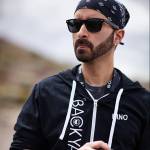 Ron “Nino” Batista is a commercial glamour and exotic automotive photographer in the United States. HIs work is regularly published in lifestyle and men’s publications all over the world, and he is regarded as one of the premier glamour photography and retouching educators in the U.S.

He works with Fstoppers.com and as a Senior Writer, and has taught photography and retouching in dozens of cities, including at ShutterFest 2016 in St. Louis, as featured instructor on CreativeLive, the AIBP Retreat in Ojai CA and New Orleans LA, as well as his own workshops in many cities around the country and, as of autumn 2016, various cities around the world.

Nino founded the Spekture brand in 2012 and has partnered with Alex Ventura to create the all new Spekture publication in 2016.