With everything going on in 2020, many events were canceled or postponed until further notice, so there weren’t many events I ended up attending. There ended up being one event that I was able to make, and I was happy they were still going forward with it. That was the Hot Import Nights and Eat, Sleep, Car Meet joint collaboration.

Typically Hot Import Nights has been hosted indoors, at least the ones I have been able to make in the past. With the current issues, it was better to move the car show outdoors, but that always brings another issue: you are dependent upon the weather cooperating, which wasn’t the case. Initially, the event was set to be held on Saturday, December 19 with the forecast showing some ugly predictions. A few days before the date, the event was rescheduled to Sunday, December 20 which ended up being a beautiful day for an outdoor event.

Honestly, I was a bit worried about the last-minute change, but when I arrived at the show’s starting time, I was relieved to see several cars already set up. I quickly grabbed my gear and starting shooting. I started with the rides and vendor booths, trying to get at least a shot of every ride in the show area. Whenever I heard either Gwen (HIN host) or Tracy (Miss HIN Houston) on stage, I would run over to capture the model lineups. Once I completed capturing all the rides, I would randomly capture some photos of other attendees and did some mini photoshoots with the models. Having the opportunity to hang out with all the HIN models was pretty cool and they all seemed like amazing ladies.

When the sun finally went down, the underglows and LED lights were all on display. I grabbed a few shots of the rides showing off their lights just before the end. Wrapping up the show, there was one last segment in the model competition followed by the winners of the car show. (By the way, congrats to our new miss HIN Houston 2020, Hannah Williams.) To wrap up the night, I got to sit in the passenger seat while Sarah Decker got to play around in the parking lot a bit with a spectator ride. Great way to end the night!

Which ride was your favorite and which model gets your pick? Let us know in the comments below. 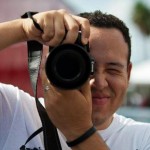