It hasn’t even been a week, yet it seems all across my timeline all anyone can speak about is Kendrick Lamar’s fourth studio album: DAMN. After spending some time with it, I can see why. Lyrically, Kendrick gets passing marks on all accounts; melodically, the album has a myriad of top-rank production; thematically, Kendrick weaves a great story that hip-hop heads will be sure to dissect and discuss over the coming year. This is, by all accounts, a great album overall.

But there is something that needs to be addressed regarding the discussion around DAMN.

Like mentioned before, this album hasn’t been out for even a week, but already I am hearing and seeing people throw words around like “classic,” or “masterpiece.” Make no mistake, DAMN. is an astounding album (I was awake far too early that Friday to download and listen to it in anticipation), but in this enthusiast’s opinion, it has not yet earned the title of Classic. As listeners, we’re in the Honeymoon Phase in our relationship with this latest album; where everything is new and exciting, where we cannot stop singing her praises and telling everyone how great she is. But like most typical relationships, as the newness begins to fade, we gain a different perspective. She doesn’t necessarily lose her luster, but we begin to notice blemishes and we slowly become accustomed to the shine.

In other words, not enough time has been given to see exactly where this album falls in the grand scheme of things – have we even decided where untitled unmastered. fits in? It’s obvious that Good Kid, M.A.A.D. City is a modern hip-hop classic. It’s obvious that To Pimp A Butterfly is a modern hip-hop classic (which of the two is superior isn’t quite so obvious), but the latest trend of putting expectations on an artist to release a “classic” diminishes our ability to enjoy an album for what it is and to puts pressure on time to dictate where it fits in an artist’s discography. These albums are made for introspection, discussion, and for whatever other purposes individuals may choose to use music, but these memories over time are what should dictate whether an album is a classic, not some pre-ordained title of “savior” or hype in expectation of a classic. 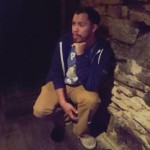 An islander that, after over 10 years, is finally accepting his place in Texas. Jyn can be found at the race tracks around Texas or online, liking every video of dogs doing dumb things.